First stop, Umm Quais, in the far north of the country, to visit the Roman ruins of Gadara, part of the Decapolis. (https://en.wikipedia.org/wiki/Umm_Qais)

The Cardo was the main street of a Roman city.

We hired a guide and from him learned a lot about the theatre (and how to find the perfect spot for a voice to carry) and a group of rectangular ruins along the Roman road, which were clearly shops. Much of the city is constructed of black volcanic stone.

A row of shops in Gadara.

Denise in the tunnel to the stage of a theatre in Gadara. 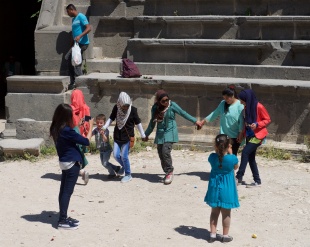 What else do you do when you get on stage?

We also learned that blocks were placed diagonally on the roads so that the chariots were quieter but pedestrian crossings had squared blocks placed for ease of crossing.

There is a complete Roman town to be discovered here with temples, baths and other buildings common to Roman life. In fact, excavations were being undertaken at the far end of the Roman road on two storey shops and homes.

You can see how much is left to excavate.

Roman water tunnels ran under the city of Gadara and for hundreds of kilometers, bringing down water from springs and the mountains.

The detail and craftsmanship is amazing; you would think it was modeling clay, not marble.

Note the beautiful work where the stone is cut out completely.

Years ago, in Arequipa, Peru, we thought that it was wonderful when Peruvians and not just foreign tourists visited historic and other sites. Again in Um Qais we were delighted to see how many Jordanians were touring the site. 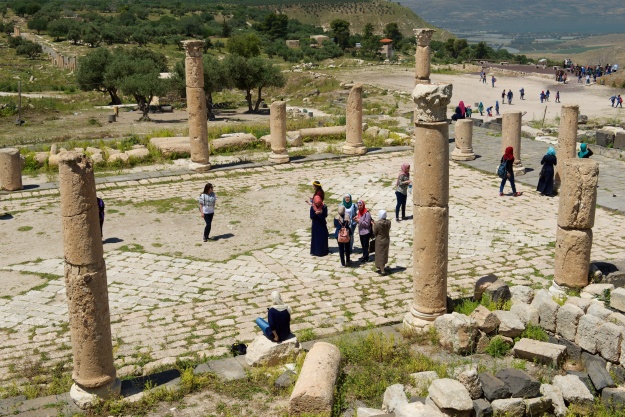 And, as always, Denise quickly attracted an entourage. 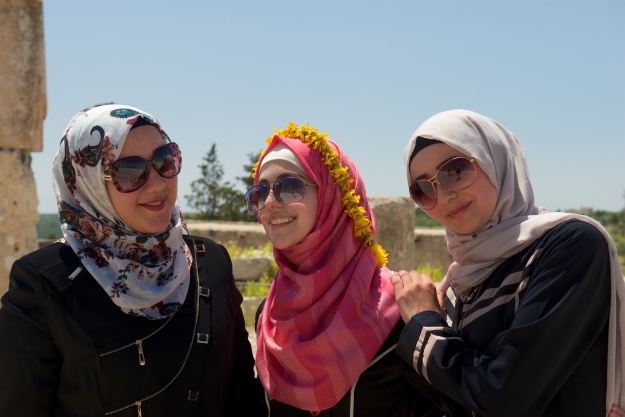 From the lookout point at Umm Quais, the view was stupendous. We saw Mount Hermon, the Sea of Galilee, the Golan Heights (now Israel), and Syria, in the distance. We even heard the distant sound of artillery fire or bombing, which brought home to us the reality of the conflicts in that part of the Middle East. We enjoyed a lovely lunch at the Rest House, gazing over the Sea of Galilee and down into Israel at the foot of the valley. Bridge on the Haifa branch of the Hijaz Railway. The rail line was cut by the Israelis during the 1948 fighting. Never rebuilt, it is now cut by the border, the silver fence splitting the picture. Israel is to the left.

We then headed south to Ajloun Castle, a former Ayyubid Castle, set on a hill with more great views. (https://en.wikipedia.org/wiki/Ajloun_Castle) 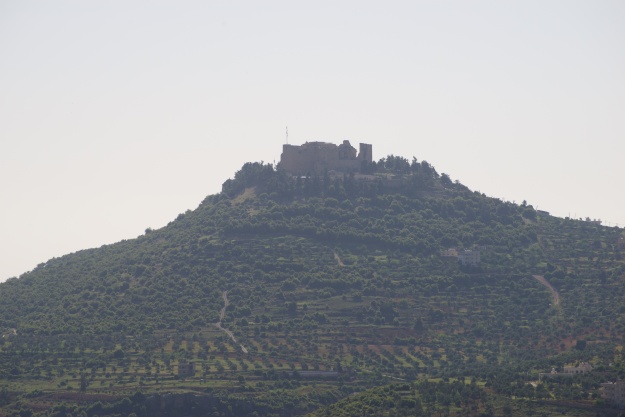 It was never taken by the Crusaders and the full range of fortifications, from moat to murder gaps (not just holes), trebuchet balls, and extra towers can be clearly seen.

Bridge over the Fosse or Moat 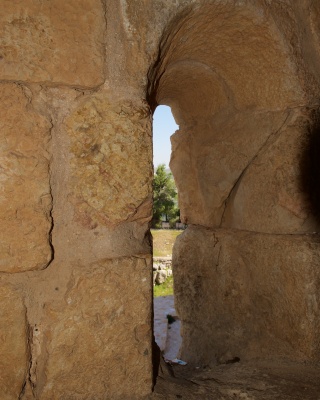 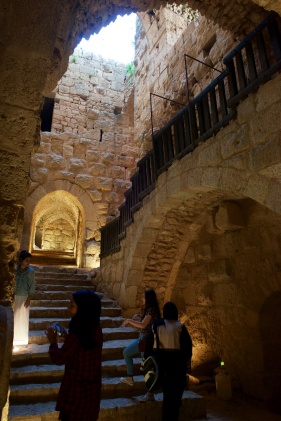 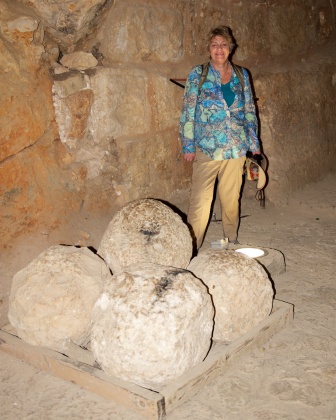 Imagine being on the receiving end of these.

As always, a medieval castle has a view.

The castle was later damaged by the Mongols and restored. 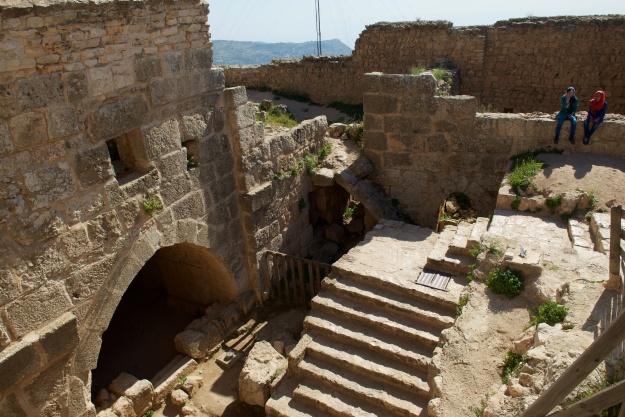 Again, we toured with and around busloads of schoolgirls and, as always, Denise made their day! (And they made ours.)

And, after a hard day to touring, a cup of coffee.